Dropping Oxygen: How Masks Can Be Used to Train Your Brain 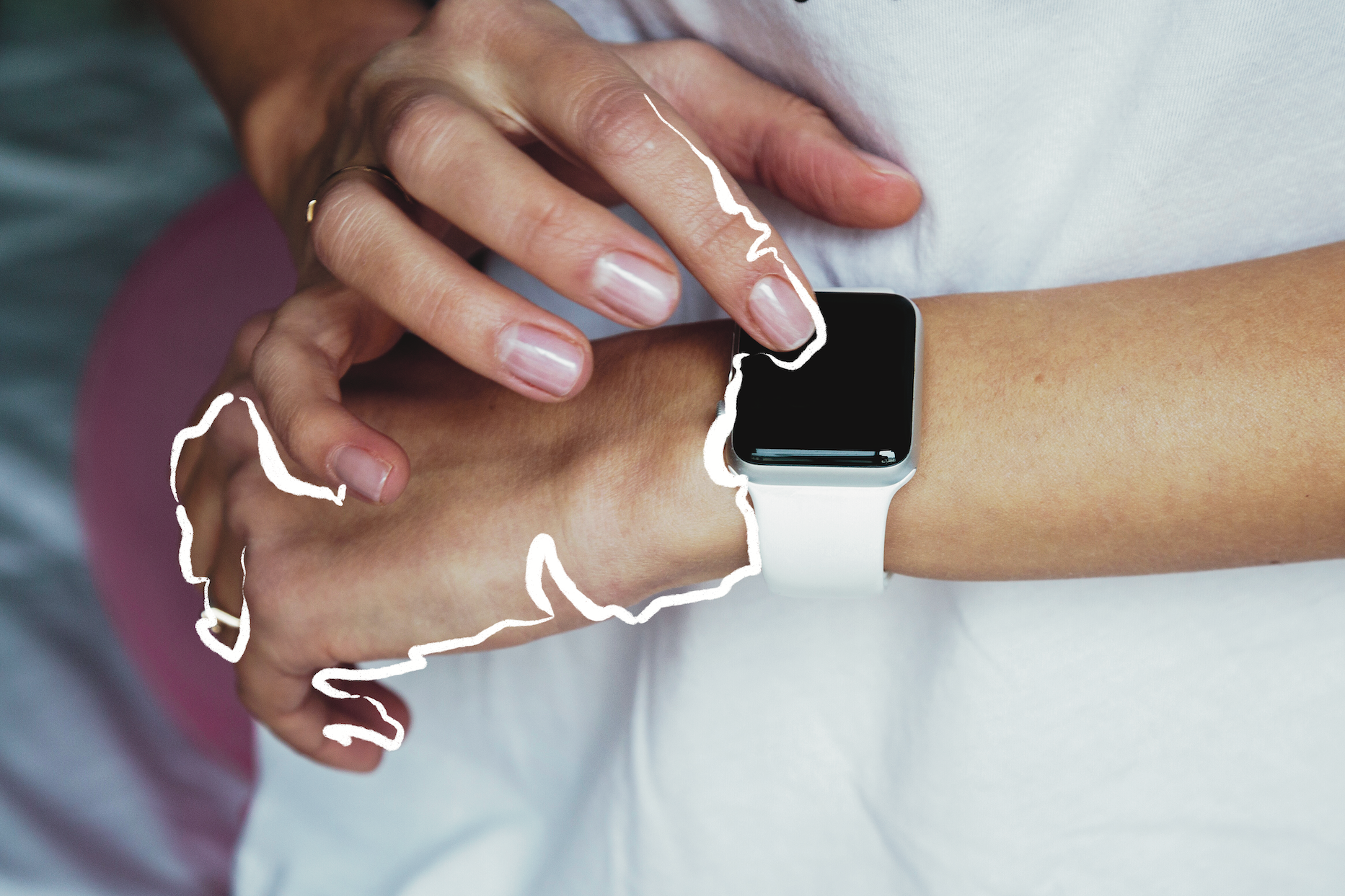 “Coach, do I have a problem here?”

“No not really, but I’m trying to recover and I’m seeing drops in my oxygen saturation which can’t be good, can it?”

This is the start of a discussion that I now have multiple times per week. Sometimes it’s an athlete, other times it may be someone recovering from an ischemic stroke, but the underlying narrative is always the same.

This article will clarify something that the world of COVID-19 has brought to the forefront: blood oxygen.

Blood oxygen levels are a measure of how much oxygen is being carried by red blood cells. Specifically, hemoglobin (hgb) is the iron-rich protein responsible for carrying oxygen in the blood from the lungs and delivering it to the tissues of the body and brain.

Anemia, the most common blood disorder in the U.S., is the result of a low number of red blood cells (RBCs).

Low hemoglobin = low oxygen getting to the tissues.

Low oxygen to the tissues = fatigue, shortness of breath, headache, erratic heartbeat, cold hands/feet, and a host of other symptoms.

Like most things, we can probably divide our world into pre- and post-pandemic, although the term “ongoing” is undoubtedly more accurate than “post”. Medicine is no different.

Pre-pandemic, doctors would occasionally run blood panels looking for RBC counts or a fleeting recommendation to increase one’s intake of vitamin B12 or folate.

Nowadays, COVID-19 and the well-known impact it may have on one’s respiratory system has doctors, nurses, and a ton of other healthcare professionals diving down the blood oxygen rabbit-hole.

A few months back, I spoke to a guy from Philips Healthcare who told me that sales of pulse oximeters — a device you can put on your figure to measure oxygen saturation in the blood — were up more than 400% since COVID-19 hit the streets.

Having spent over a decade in the world of head injuries and neurological disorders, monitoring a person’s oxygen saturation is commonplace.

What’s not common? Patients showing up or emailing CSV files of their own oxygen saturation. This is a big step in the right direction of individuals inserting themselves in the middle of their own healthcare journey.

According to market research, wearables including wrist watches, headbands, jewelry, clothing, and more are expected to reach $260 Billion by 2026. Many of these devices can monitor a person’s blood oxygen via a non-invasive technology called photoplethysmography (PPG).

PPG uses a light source and a photodetector to measure changes in blood volume circulating close to the skin. The quality of some of these devices is suspect as well as the underlying algorithms and data processes that convert bouncing rays of light into trackable data, but there’s no doubt that value exists in them and the world of personalized heath is growing and here to stay.

SpO2 — also known as oxygen saturation — is a basic measure of how much oxygen is being carried in the blood via that hemoglobin transporter. It is tallied on a percentage basis, and a healthy individual will show 95% or higher regardless of the device or wearable.

What becomes critical to understand when looking at oxygen saturation is that the percentage is RELATIVE TO THE AMOUNT OF HEMOGLOBIN NOT CARRYING OXYGEN.

Our nervous systems have evolved a host of wonderful mechanisms to ensure that oxygen saturation levels remain high, yet there are many conditions which may cause a person’s oxygen levels to drop. An important point of distinction here is whether the drop in oxygen is in the blood or in the tissues receiving it:

So, when you put one of those pulse oximeters on your finger or your new Apple watch is spitting out SpO2 numbers, it is telling you how much oxygen is in the blood, NOT the tissues. So if your numbers start to drop, it would be indicating hypoxemia, not hypoxia. It may sound like semantics, and yes hypoxemia can lead to hypoxia, but that’s not always the case.

And most importantly, NOT in the majority of cases coming my way recently. 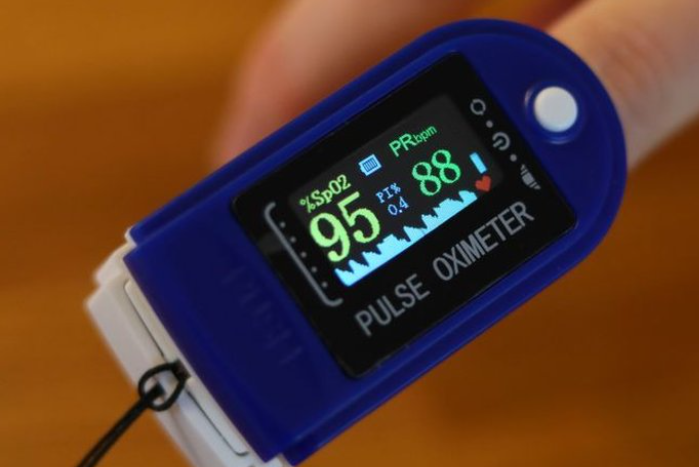 With the exception of certain anti-science demographics, the world at large has adopted the use of masks as a means of limiting one’s chances of being infected or infecting others with COVID-19. Is it a perfect strategy? Of course not. Is it here to stay for the foreseeable future? Yes, it is.

I’ll be honest, I’m not bothered by the widespread use of masks, and if anything, I think that they can be an awesome training tool. A tool that can improve the physiology and overall performance of your brain via the manipulation of an often-derided ancient gas.

Carbon dioxide has often been considered the waste product of breathing. Most of us are aware of the basic process of taking in oxygen when we inhale and expelling carbon dioxide when we exhale. Coaches will yell at fatigued players to breathe deeply to get rid of this harmful, performance limiting gas. Even most environmentalists have jumped on the bashing bandwagon and place carbon emissions as the single factor accelerating the demise of our planet.

But carbon dioxide is much more than just a waste product.

It is an immensely valuable gas with a vast set of communication skills within the body and brain. Carbon dioxide acts as a potent dilator, which means it can widen vessels and increase blood flow. You can pop a person into an MRI machine and do something called cerebrovascular reactivity (CVR) and ask them to hold their breath to witness in real-time the impact that dilation via increased CO2 is having on their blood vessels and neural tissue. Over the past few years, I’ve taken these protocols beyond the scanner and mimicked them thousands of times in clinical performance scenarios.

But the question then arises, what happens to oxygen, our saving grace of a gas that literally carries life with each breath we take?

In 1904, Danish physiologist Christian Bohr discovered that carbon dioxide has the ability to make red blood cells release oxygen from the blood and deliver it to the tissues.

Blood oxygen saturation actually drops as more oxygen is being delivered to working tissue. This is a good thing! Muscle tissue, organ tissue, brain tissue all need oxygen and it’s the blood’s job to deliver it.

So, when your wearable-of-choice says that your SpO2 has dropped over time from 98% to 95%, there’s no need to freak out about it! It is your body adapting to CO2 levels, which in turn is ushering more oxygen to the working tissues where it is needed.

I will admit, it took me longer than it should have to figure it out. I came from the performance world of nose clips, ventilation chambers, and rectal thermometers (the good old days), yet I was puzzled by consistent drops in blood oxygen saturation.

At first, I assumed the data was wrong, then maybe the wearable was wrong. I claimed shoddy engineering while tearing apart oximeters only to see the light diodes and reflectors were fine.

Then my scapegoat became stress.

“That’s it, athletes and patients alike are all stressed. COVID is here, of course they’re stressed. How could they not be?”

Most of them were telling me that their stress levels hadn’t changed overall, but I assumed they were wrong or lying. Then I dove into their heart rate variability (HRV) data. The beauty about HRV is that it can give you qualitative and quantitative non-biased, non-noisy data about the current state of someone’s autonomic (think automatic) nervous system. If they were stressed, I would see the drop in HRV regardless of how well they could deny or lie.

Then it hit me: it was the masks! When your face is covered with a mask it traps a good portion of exhaled air. That exhaled air is rich in CO2 at about 5% compared to the normal atmospheric level of carbon dioxide at 0.04%.

Trapped CO2 rich air gets inhaled back in which then increases the amount of CO2 in the blood.

Increased CO2 In the blood forces red blood cells to release more oxygen into the tissues.

It all made sense. It explained the oxygen, the improvement in HRV, the lowered levels of stress, and the improved performance. My clients were inadvertently training and making themselves more tolerable to CO2, and their brains and bodies were loving it.

Beyond Athletes and Patients

When I looked into general population data, the same patterns were there. There is no CO2 superpower that professional athletes possess. No incapacitated inept CO2 mechanism waiting to be restored in neurocomprimised patients. CO2 works in the same fundamental ways for all of us.

Some of us naturally have a better tolerance to CO2 than others, but this too is something that can be trained. That feeling of not being able to breathe with a mask on? That’s the “air hunger” you’re feeling as your body struggles to handle the extra dose of masked-trapped carbon dioxide. That is NOT the result of a lack of oxygen. That is NOT the result of your body being dangerously robbed of oxygen by a mask.

Many of us are forced to wear masks all day long, and that’s enough training right there. If you have the luxury of working at home or elsewhere without the need for masks, keep one on you anyways. Put it on for 20 minutes a day, breathe exclusively through your nose, and grow it from there. You do not need to get to the point of sleeping with the mask on, but having it as a semi frequent training companion isn’t bad.

Of course, exceptions need to be made. If you’re wildly anemic or struggling with chronic obstructive pulmonary disorder, pay special attention to your drops in SpO2.

But if you are relatively healthy and see your SpO2 drop by a few percentage points, it’s a good thing. If that SpO2 consistently drops 10% or more, then that requires further investigation.

Breathing is one of those strange things that occurs totally automatically, yet you also have 100% control over it. We evolved with breathing fundamentals that can be used to sway us further or closer to our health goals. Learning and then training these variables is a great way to prep yourself not only from a performance perspective, but for the continuing uncertainty that continues to impact all of our lives.