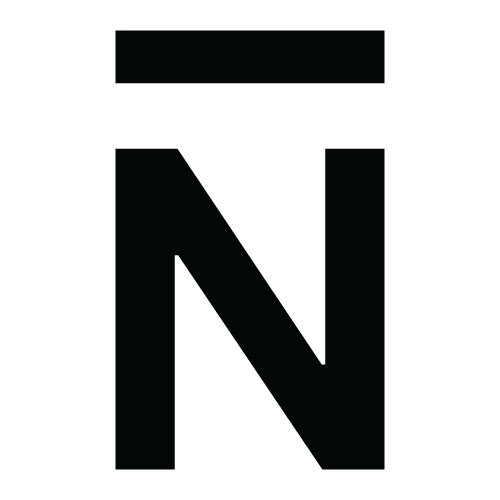 It’s that time of year again.

After the decadence and occasional overindulgence that takes place over the holidays, we tend to enter the new year with a desire to recharge, reboot, and refresh.

Maybe you participate in the annual — though often doomed to failure — tradition of resolutions. Or maybe you prefer to call them goals or intentions.

It doesn’t matter what you label them. It doesn’t even matter what they specifically are. Most boil down to one of two broad categories:

A simple plan. Two easy steps. Wouldn’t it be nice if it was just that easy? But we all know better than that.

Take the humble new year’s resolution, for example. A recent study found that roughly 41% of Americans make resolutions, but only 9% feel they succeeded in them by the end of the year.

Why is that? It could be any number of reasons: unrealistic or vague goals, no way to measure success, too many made at once, too busy, too lazy, and on and on.

But we suspect that a big factor for most of us is that we don’t fully understand the mechanics of habit-building.

And that puts us at a disadvantage before we even start. 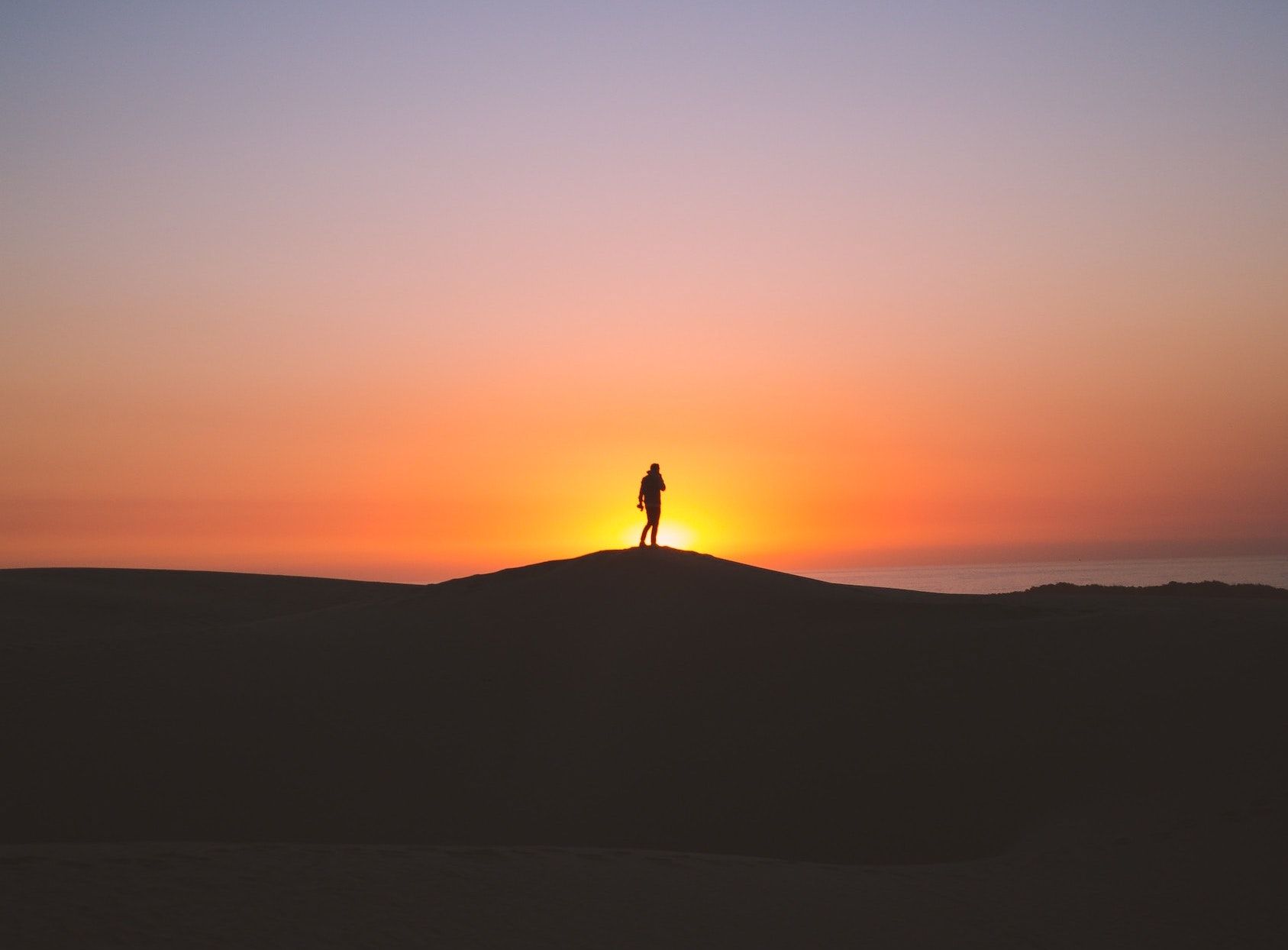 A Habit By Any Other Word

Habits. We all have them. But what exactly are they?

A habit is a routine behavior. It’s something we do repeatedly and frequently. It often happens subconsciously, and for that reason, they are typically hard to give up (a subject for another day). According to Duke University, habits make up about 40% of our behavior on a day-to-day basis.

We don’t have to think about them. They just happen, for better or worse.

The good news? If you can successfully migrate from resolution, goal, or intention to habit, the system essentially runs on autopilot. Good habits once established take care of themselves.

Here are 5 tips to help make that happen.

Why do you do the things you do? What are your reasons?

Everything we do has a motive of some kind. We eat to satisfy our hunger. We read for enjoyment or to gain knowledge. We exercise to lose weight.

Motivation is a complicated process that includes biological, mental, emotional, social, and cognitive factors. It can be strong, or it can be weak. It can literally be the difference between getting something done, and putting it off for another day or giving up completely.

What motivates us to action generally falls into one of two categories:

1. Extrinsic motivations come from outside of us in the form of rewards — trophies, prizes, recognition, promotions, praise — or societal expectations.

2. Intrinsic motivations occur from within, such as the feeling of accomplishment, gratification, or enjoyment after completing a task.

Identify your specific motivation for establishing a new habit. Make it as strong and personally meaningful as possible. Return to it often.

If we were plotting a habit on a graph, motivation would be the Y-axis. 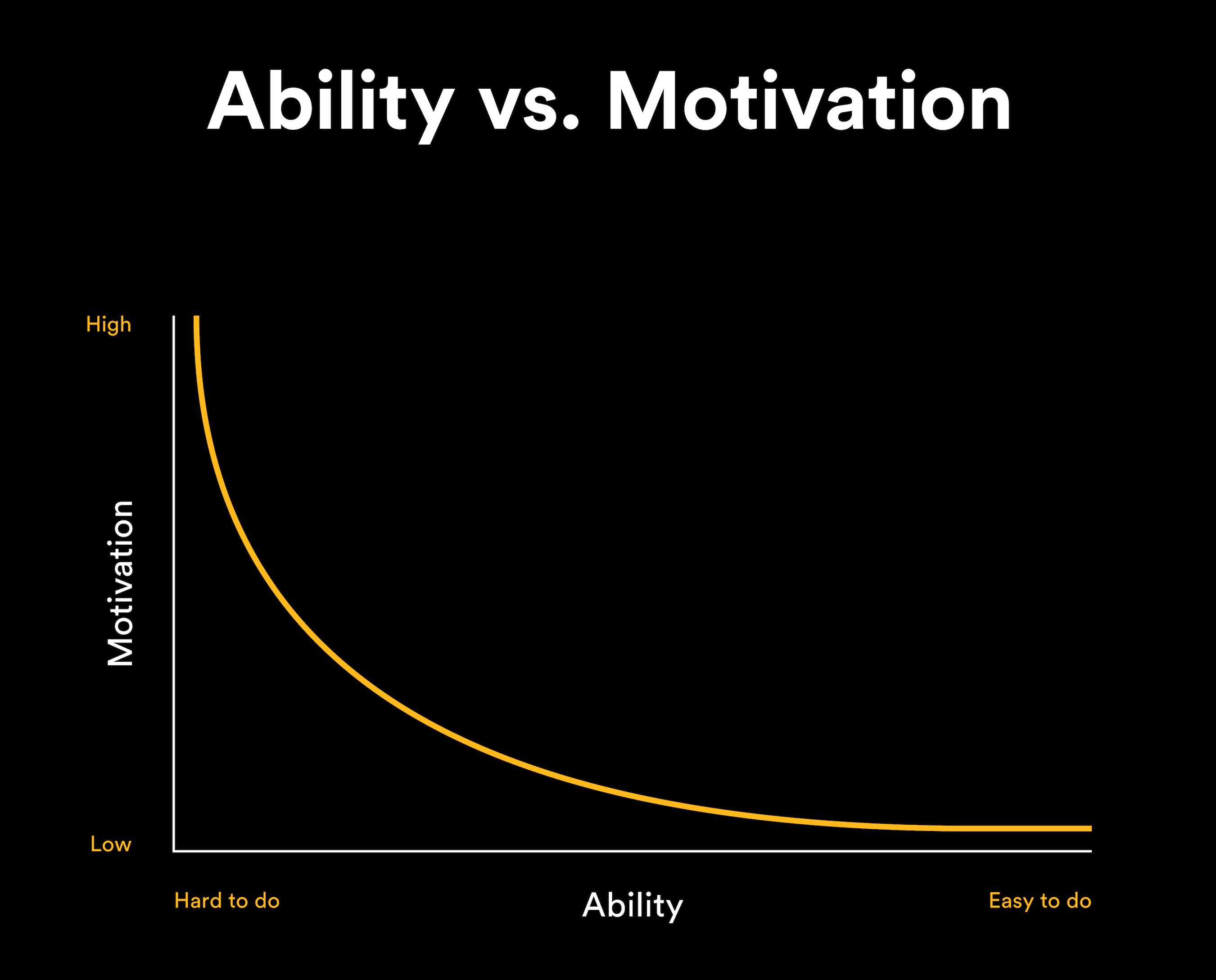 Are you capable — physically, mentally, or otherwise — of change?

Attempting to create a habit of something you’re simply not able to do can lead to frustration, burnout, and ultimately failure.

Perhaps it’s a mental block preventing you, or a physical limitation. You may need professional assistance to get over that roadblock, or you may need to teach or train yourself before attempting to create a new habit.

So ask yourself: do you, right now, have the ability to create this habit? Be honest.

On our graph, ability would be the X-axis. Before attempting to create a new habit, you need sufficient motivation and ability so that you’re on the opposite side of the curve (i.e. the right side).

This puts you in the green zone. Otherwise, you’re just setting yourself up for failure.

Anchoring — also known as habit stacking — attaches a new habit to an established one.

As previously mentioned, an established habit operates more or less on autopilot. There is very little active thinking involved.

You wake up in the morning and take a shower.

You come home from work and remove your tie.

You brush your teeth and climb into bed.

These things happen without having to “remember” to do them. They’re habits. Anchoring is attaching or stacking a new habit on top of them.

So instead of creating an arbitrary schedule for a new habit — “I will write in a gratitude journal every day at 7:30” — you anchor it to something you already do without thinking.

The neurological loop for a habit looks like this: cue > craving > routine > reward.

Using an existing habit as your cue or trigger takes advantage of the synaptic connections that are already strong and established. A major part of the “work” is done for you.

A strong emotional attachment can instantly create habits without the need for repetition or effort.

Emotion — whether positive or negative — is a powerful motivator.

A new habit attached to a strong emotion is more likely to stick, whether it be a promise to your partner, a warning from your doctor, or an eye-opening epiphany. It’s the x-factor that could make all the difference.

We reward pets and children for good behavior. Why? Because it works.

Rewards may be different things to different people. There’s no one solution that works for everyone. It might be a special treat, an extra hour doing something you love, or simply the sense of accomplishment that comes with a job well done.

Ultimately, it doesn’t matter what it is provided that it is something you find rewarding. It’ll motivate you to keep at it. Just remember to not choose a reward that contradicts your new habit.

Building good habits isn’t necessarily easy, but it can be easier when you understand the mechanics. And now you do.