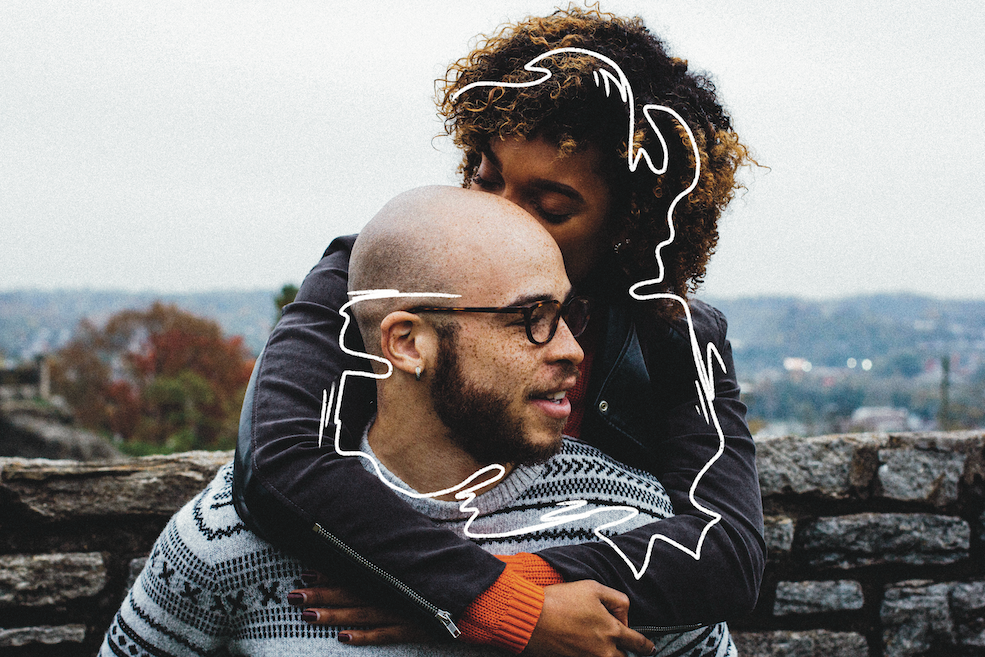 At the heart of any new venture or adventure is a “Why?”. The conception of Nurosene was no different.

It all started in a Romani tent outside of Budapest as an aspiring professional soccer player. 25 years later, the journey has morphed into helping others perform their best when I could no longer do so myself.

On many occasions, the “others” were professional athletes preparing for the Olympic Games or a World Series Run. At other times, it was the opposite end of the physical spectrum, moving a limb that was deemed “immovable” years prior.

Most of the time, my job intersected both. Take someone debilitated through injury and help guide them on the path back to health and a higher level of performance. In some cases, magic happened: when a seemingly superhuman level of physical and mental fortitude emerged from a brain that was said to be “malfunctioning.”

The emergent properties of the “mind” had become an obsession for me. How do two seemingly similar people with two seemingly similar conditions and physical characteristics produce radically different behaviours and, ultimately, results? The mind was rooted in the brain’s biological foundations, yet somehow was greater than the sum of its parts. I needed to explore this anomaly further.

Professional sports are a wonderful playground for this type of exploration. Physical characteristics and skills are relatively similar, but the behavioral ones are wickedly diverse. What creates such diversity? How do I tap into this diversity and help steer individuals in the right direction? I didn’t know it at the time, but I was to become my own case study.

In 2009 I was diagnosed with a constellation of low-grade diffuse astrocytomas, a form of brain cancer. In an instant, I was on the other side of the table. The physical components of tangled, mutating astrocytes in my brain were something I could comprehend. I didn’t understand how my mutating brain caused my mind to play evil tricks on me.

According to rottentomatoes.com, the cumulative average of the three movies is 95%. I cannot muster three minutes of anything Bill Murray without my heart racing, stomach clenching, or pupils exploding.

In Groundhog Day, Bill Murray plays Phil Connors, an arrogant, self-absorbed weatherman. He repeatedly wakes up on February 2nd, day after day, in Punxsutawney, Pennsylvania, a place he despises. After an initial flurry of excitement, his daily ritual begins to torment him.

My slowly mutating brain decided to play a similar trick. For a solid year after my diagnosis, I woke up with a mind that possessed zero recollection of my current condition. Then after a minute or two, the memory and reality of the situation would kick me in the face and take over my mind. I was being diagnosed, over and over again, every day.

At first, it was neat. Memories were hiding deep within the recesses of my brain, deciding on how and when they would welcome me each morning. But as the months passed, this evil Groundhog Day effect began tormenting me. I despised going to sleep. Knowing that I would wake oblivious to another devastating morning diagnosis was destroying my mind.

I suffered from full-blown anxiety, depression, and probably denial. But that was okay. I was expected to suffer. Cancer had invaded me, and I was helpless against its ravages. There was a concrete neurobiological reason for my suffering, so people empathized and sympathized with me. I was one of the lucky ones.

Most people around the world suffering from a mental health disorder are not so lucky. They have no foreign entity growing inside them, excusing them of their behaviour. No well-defined brain scan with white spaces forgiving them for their transgressions.

Society, often inadvertently, views mental health in a way that creates and perpetuates stereotypes such as incompetence, weakness, and danger. These stereotypes lead to acts of discrimination and prejudice in which large swaths of people are avoided and denied services, support, or employment.

These stereotypes reinforce what struggling individuals experience. Their self-esteem suffers, as does their confidence and overall belief in a bright, productive future. Eventually, they begin to stigmatize themselves and imprison their mind. A vicious circle of public-stigma, self-stigma then ravaging its way through society at large.

“FAIL LESS” became my mantra. Years of school, experience, and an obsessive level of self-directed study had led me nowhere. It would be one thing if I were terrible over a microscope, but this wasn’t the case. I struggled where for me, it mattered most: clinic.

Charles Darwin, the Godfather of modern biology, had taught me that success is predicated on Natural Selection and a “Survival of the Fittest” mentality. I needed to strengthen every aspect of a patient’s body, mind, as soul. I was the no-nonsense general using militaristic terms, “going into battle” and “take no prisoners.” The patients became my subordinate first lieutenants and carried out their duties, no questions asked.

At the onset, I achieved a certain level of success. For some individuals, I would still argue that this type of approach can be beneficial. But not when a patient has overlapping layers of physical, emotional, and behavioral concerns that are in constant flux. At this point, I got good at failing; a four-star General leading his army through a minefield every day. My soldier’s only chance of getting to the other side was despite my direct orders, not because of them.

Then one day, I read something by kick-ass evolutionary biologist Dr. Lynn Margulis, and it changed my life forever.

“Life did not take over the world by combat, but by networking."

Overnight I went from trying to “assault” a patient’s complex condition to being tolerable of it. Rather than the Darwinian idea of strengthening a person’s immune system, I would monitor their immune system and attempt to work with it rather than against it.

When a patient walked in with post-concussion syndrome blended with PTSD, I began working with 600 million years of evolution instead of fighting against it. This approach made a world of difference for my patients.

By default, the approach helped my own struggling brain. Rather than trying to “kick the shit out of cancer” as I barked on many occasions, I decided to befriend my constellation of mutating astrocytes,

“Okay, Astroboy, it’s time to go work.”“Astroboy, we have 14 patients today. I need you to chill out for the day, and we’ll chat later.”

I know what you’re thinking: Danny, you’ve probably developed some type of Schizophrenic personality disorder. Maybe, but it worked.

There is no doubt that Darwin was right. Evolution does occur via Natural Selection, and there is a level of competition needed for this process to succeed. But when you begin to dig deeper and peer under the hood, a beautiful level of cooperation emerges. This cooperation allows simple cells to come together, ultimately resulting in the unfathomable complexity, which is us.

Ants are not particularly clever, and they don’t seem to be concerned with the bigger picture. Yet, an ant colony exhibits an emergent, almost magical ability to explore and exploit its surroundings. The ability to obtain food, ward off predators, and react to changes in the weather emerge and become more stable over time.

Take this element of emergence one step further. Dubrovnik, Croatia has become a global leader in “Smart City” design. Advanced irrigation systems, parking monitors, solar benches, food technologies, and monitoring solutions are all connected to a central system to provide real-time intelligent services and support to residents and visitors. The most amazing thing about these emergent design capabilities is that as people use the services, the system gains another level of higher intelligence that didn’t exist initially.

A similar approach is an absolute must when dealing with mental health. What someone “thinks” or “feels” are entirely subjective, and the factors that influence, innumerable. There is no reliable biomarker saying someone is depressed or suffering from anxiety, which is why prescription drugs have been tragically ineffective over the last half-century. You can increase Serotonin (considered a happiness molecule), but the chances of making you “happy” are statistically exceptionally low.

Covid-19 has made this blatantly obvious. Staggering numbers of people are suffering from anxiety, depression, and a host of other disorders. Has the pandemic all of a sudden attacked serotonergic receptors the world over? I Doubt it.

Patterns of behavior have emerged that are built around fear, insecurity, mistrust, anger, and a deep sense of foreboding. These emergent properties just as easily have the power to negatively affect communities, as we have all seen over the last week.

Countries and communities have begun rolling out vaccination programs. Go ahead, grab a number. But in the meantime, we can all work together to change the narrative surrounding mental and brain health.

Do not wait for medicine, science, research, or the government to do it. These are deeply entrenched institutions fossilized to certain operating procedures. Change is possible, but it must come from outside this institutional framework, not from within it.

It must come from you and those around you. The exact how’s and why’s? No one knows for sure, and this will undoubtedly change along the way. You don’t see the finish line at the start of a grueling marathon, but it doesn’t stop you from running. You line up surrounded by others, and as the race evolves, something transpires that can’t be explained by training volumes and gel packs. Something emerges from the collective effort of you and those around you, and it helps to carry you through the finish line.

The race towards better mental health, better brain health, and better physical health is on! In actuality, the race started a while ago, and we are behind the starting line without our shoes on, but that is okay. As a community, we are ready to take on the responsibility of running this race as no one will run it for you.

At the beginning of Covid-19, the clinic was closed, and my travel schedule instantly vanished. I thought to myself,

“There’s no better time than the present.”

I designed a Bill Murray Exposure Protocol and forced myself to digest increasing chunks of this despicable human in action. I had reminders set in my calendar and a playlist of clips that increased in duration. I monitored my heart rate, heart rate variability, blood pressure, and subjective feelings of anxiety.

10 months later and I’ve made progress but not as much as I would like. My heart no longer jumps out of my chest but still races. My stomach still knots up (even as I write this paragraph), and my anxiety scores, albeit lower, can change with the wind. When I close my eyes and listen to the clips, the same symptoms appear. There is something about this phenomenon that goes beyond my visual system. Yet if I listen to the clips while running, I feel great and have zero anxiety symptoms. Maybe it’s being out in nature. Perhaps it’s the increase in blood flow to important emotional regulatory structures deep in my brain. I can guess all day long and spent years breaking the science down into thousands of individual components. I can preach to you about the interconnectedness of the brain and body, but it is more than that.

There is something about my brain, your brain, and everyone’s brain that is exponentially greater than the sum of its parts. Something almost magical emerges when people come together in the way that tiny cells did some 2 billion years ago. Cooperation emerged and propelled life forward in miraculous ways. Cooperation will empower us to drive us forward today.